Gilead’s HCV franchise had a massive 2014, generating $12.4B in revenue for the full calendar year.  Gilead was able to successfully introduce two new, curative therapies to the market despite a challenging pricing and reimbursement environment.

While Gilead gets a lot of credit for developing innovative contracting arrangements with key payers/providers it also deserves praise for a well orchestrated physician engagement strategy.  In the chart below we highlight paid engagement activity over Dec 2013 – Dec 2014. 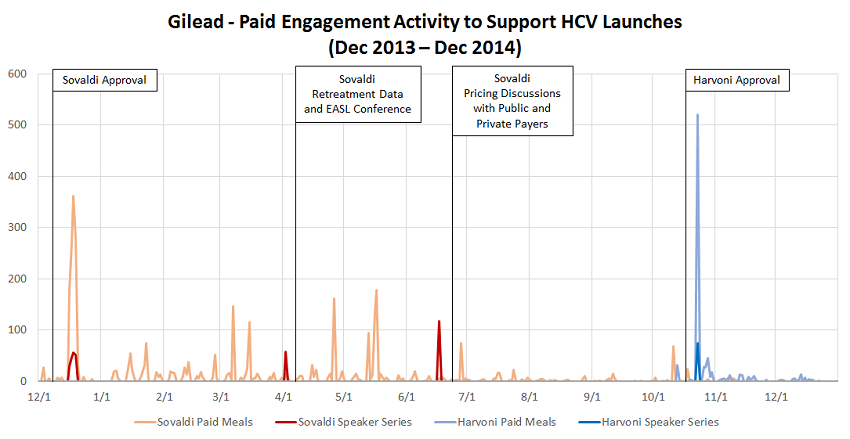 If we take a closer look at some of the key individuals involved in Gilead’s sponsored speaking events, we see broad geographic coverage as well as repeated involvement across the series.  A sample of participants is highlighted in the figure below.

How we can help: MDDetails can help to benchmark competitor activity sequencing as well as identify key opinion leaders (e.g., researchers, consultants, and speakers) that may be engaged to support a drug launch or indication expansion.